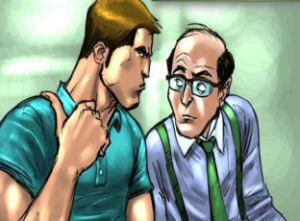 In this day of bullying-gossip was the original bully.

The story is told of the woman who became conscious stricken because of her gossiping ways. She went to the preacher, confessed her sin of spreading malicious rumors about her neighbors; and after the preacher prayed with her for God’s forgiveness, she asked what could she do to repair the damage she’d done.

The preacher handed her a bag of feathers, took her to the roof of the building, and had her empty the feathers into the wind. Looking into her astonished face, the preacher then said, “I want you to go into the city and return to me every one of those feathers.”

“Why…that’s impossible,” said the woman, “the wind has scattered the feathers to who knows where. I’ll never be able to find them all.”

“I know,” nodded the preacher. “Now perhaps you can see how utterly impossible it will be for you to undo the damage performed by your wagging tongue. Even though God has forgiven you, the harm you’ve done cannot ever be totally undone.”

Don’t you just hate backstabbing gossip? Those who slander and defame you and don’t have the courage to face you? They are jealous and hateful people and they bear false witness and attempt to make themselves appear righteous. They do a lot of damage and God sees it all. The Bible says that “A man who bears false witness against his neighbor is like a heavy sledgehammer and a sword and a sharp arrow.”

God says he hates, a false witness that speaks lies, and he that sows discord among brethren. They shall not escape, be left unpunished, and they shall perish.

As also says the law, “Thou shalt not bear false witness against thy neighbor…Thou shalt not raise a false report: put not thine hand with the wicked to be an unrighteous witness and if the witness be a false witness, and hath testified falsely against his brother. Then shall ye do unto him, as he had thought to have done unto his brother: so shalt thou put the evil away from among you…”

“How would your life be different if…You walked away from gossip and verbal defamation? Let today be the day…You speak only the good you know of other people and encourage others to do the same.” 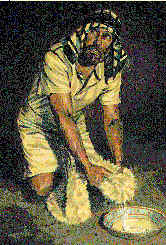 God allows Christians at times to “set out a fleece” or seek for supernatural signs to confirm his will so that they will be assured of their success in obeying Him.

The story of laying out a fleece comes from the story of Gideon in Judges 6:36 – 40.

People unreasonably bash Gideon for doing this, yet Gideon is listed as one of the heroes of the faith (Heb. 11:32).  The bottom line is they have no room in their theology or lives for divine supernatural activity. They think it is evil of him to ask God for a sign and it is tempting God and will make him angry (Deut. 6:16; 1 Cor 10:9). Some even think it is only occultists who do this.

They think it was so easy because God appeared to him and told him to take on an army against overwhelming odds. Yet, God had no problem in surrounding Gideon with signs to confirm his leadership (Judges 6:17-21; 7:9-15). God did not refuse his requests nor blast him with a rebuke for his concerns.

Seeking God for confirmation of his direction and promises is all throughout the Bible.  Abraham believed the Lord promises, but asked for a confirmation that he was to inherit the promised land (Gen 15).

Joshua had great faith and yet needed a sign of victory so  he told the sun and moon to stand still for a day and God honored it. That makes setting out a fleece nothing (see Joshua 10:12-14).

God told King Ahaz to ask for any kind of sign and the Lord would grant it. In his religiosity the King said “I will not ask, neither will I tempt the Lord.” The Lord was worn out with his lack of faith and yet gave him the greatest sign of all-Christ (Isaiah  7:11-14)

God even told his people to prove him by giving a tithe and he would overwhelmingly bless them (Malachi 3:10).

When God calls us to do something we can have many doubts. This was not twisting God’s arm and telling him what to do. Laying out a fleece is sometimes a reaction to something God has spoken to do in our hearts and we are not sure. We as people just need confirmation of God’s will in the fabric of our lives and doubts, anxieties and fears can be dyed in the wool of our lives. There are sometimes we just want “to know that we know, that we know.”

Gideon, “was a fearful man, fearful of God’s enemies, fearful of his own family and the people in his own town – and now God is calling him to do something that has seemingly impossible odds…be human when you’re thinking about him, put yourself in his own shoes and ask yourself: if you were going to do battle with 135,000 and you only had 32,000 on your side, what would you feel like, no matter what God had told you?” (David Legge).

© 2014 Soul Health Care Ministries. Give credit where credit is due. 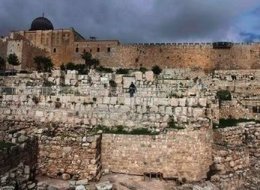 “Hast not thou made an hedge about him, and about his house, and about all that he hath on every side? thou hast blessed the work of his hands, and his substance is increased in the land.” (Job 1:10).

Christians believe in praying for and having a hedge or wall of protection from the attacks of Satan and his minions, sickness and physical harm. In Bible days, hedges were elaborate, dense thorn barriers that provided protection from animals or intruders that could destroy a vineyard or crops.  God’s people are compared to a vineyard (Isa. 5:5; Mk. 12:1) and the removing of the hedge (Ps. 80:12) would leave them vulnerable to attack. The scripture teaches, “For I, saith the Lord, will be unto her a wall of fire round about, and will be the glory in the midst of her.” (Zech 2:5). Notice what Zachariah says, the fire of God’s power is the the exterior, and the glory of his presence is the interior! Now that is his will for the church and the Christian.

Job was completely unaware of the elaborate divine security set around him against Satan’s hateful attacks. God shielded Job and his family and property from demonic intruders with this invisible hedge. That invincible wall was so strong against demonic attack that Satan hated that wall. He would walk around that wall and seethe with anger. He wanted that wall down. He believed that Job served God because of that wall. Once that wall was down Satan unleashed his venomous attacks against him. Thank God for his protection for his children.

It cannot be ignored that we have a “better covenant established upon better promises” than that of our Old Testament counterpart Job (Heb. 8:6). Some are confused by Job’s experience and seem to be unable to learn anything about the sovereignty of God as taught by his experience. God built the wall without Job’s request and he tore it down without Job’s permission. BUT this was in fact the ONLY TIME that we see God bringing down the wall-with no definitive explanation except that God had some sort of wager with the devil over one of his servants reputations (Job 1:8).  The only other reason for Job’s experience it that it is called his captivity or calamity (Job 42:10). It is unwarranted  to fear this wall of  protection coming down for any old reason,  because, “we are kept by the power of God through faith unto salvation ready to be revealed in the last time.” (1 Pet. 1:5). There is no need to be anxious for the child of God is under God’s protection and we are right to point out that, “the Lord gave Job twice as much as he had before.” (Job 42:10b) and no doubt that wall went up again and never came down!

This is a wall that God builds up in his sovereignty and grace, “call thy walls Salvation, and thy gates Praise.” (Isa. 60:18). There is no doubt that Lord protects his people with an impenetrable hedge. He loves his people and protects them. It is not we that build it, but he builds it and it is perfect security (Ps. 127:1). In and of ourselves we are no match for the invading attacks of the world, guerrilla warfare of the sinful nature and terrorist attacks of the Devil. So God has made a wall about us and that wall is Christ (Col 3:3) and he is a perfect gap filler and intercessor (Heb. 7:25).

At the same time, it would seem that this is a wall that must be maintained and guarded by righteous living and prayer (Ezek 13:5).  We edify ourselves by praying in the spirit and prophesying God’s word to others (1 Cor.14). The wall does not topple is not because of inconsistencies and our daily sins or flaws that we bring to God in humility and confess to him (1 John 1:9).  The wall only comes down because of continuing in unconfessed and a prolonged neglect of God. We are to be sober and vigilant (1 Pet 5:8).  We cannot be lazy or indolent! There is no guarantee of protection outside of God’s will (Ps. 91:1-3). God is gracious but he is no one’s fool-you harvest what you plant (Gal 6:6-8).  Jude says, “Keep yourselves in the love of God.” (Jude 21).

When “the hedge” was removed, except in the case of Job, it was a sign of God’s justice against Israel’s unrepentant sin (Ps. 89:40). That is why we repent and ask God to build walls around us (Ps. 51:18) so we will not form sinful habits again. I see whole seminars teaching on the book of Nehemiah on how to rebuild the walls and it would seem that it’s by some program or activity or agenda . That is not how they are rebuilt. They are rebuilt by genuine repentance and sincere prayer. Once rebuilt they must be guarded and we should not leave gaps. That serpent Satan looks to bite us if we break down that wall because of unconfessed sin (Eccl 10:8). We cannot be half-hearted as we put on the whole armor of God (Eph. 6:10-18) in order to experience the level of protection as promised in the Scripture. We should not build some flimsy wall and whitewash it. It will not stand the smallest enemy attack or storm! (Ezek. 13:8-16).  We should build on the foundation of Christ and his Word for he is our great Defender and Protector.

© 2014 Soul Health Care Ministries. We wrote this, give the God the glory and us the credit.