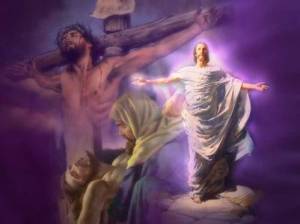 Sometimes questions are better than answers.

That is a not only a good question but a loaded question.

Well, who is it Paul?

Surprised? I was. The answer is something different from what we expect.

There is a truth you may not have  known: Christ condemns.

What is it to be condemned?  Is it someone being mean to us, not understanding us? We usually think of being condemned in a unjust light. We do not want people to judge us. But God’s judgement is different. He never misses a clue, he never overlooks evidence, he sees clearly every motive and thought. He is just. When God condemns he sentences a wicked person-a person worthy of punishment and God’s wrath. One day Christ will sentence people for their crimes against heaven.

Christ is the one in scripture that could easily condemn anyone, anytime on the spot! One day people will drop lifeless as the awesome Christ sentences them. I have heard preachers say that those rebels who refuse to bow on Judgment Day would have their knees broken. There is no need for such an action.  Christ conquers all his enemies while seated on his throne and he does not need to rise to his feet (Ps 110:1). All he needs to do is speak and the “spirit of his mouth” will cut people to shreds. His words are sharper than any two edged sword and His words will impale and slice them to pieces to the very marrow of their spirit, soul, and body (Heb 4:12; 2 Thess 2:8). He is the judge of the living and the dead (Acts 10:42; 2 Tim. 4:1). The Bible speaks of the wrath of the Lamb (Rev. 6:16) and that we should “kiss the Son lest he be angry.” (Ps. 2:12). Yes, Christ is the Judge of all men.

The idea of Christ being crucified for our sins should shock and terrify us. It was by far the most horrific catastrophe in history! The Author of life  had a chapter entitled “Death” (Acts 3:15) in his book. The wicked hands of sinners took the eternal Son of God who was always with the Father, begotten before all worlds, Lord of life and heaven and crucified him. Oh what condemnation should be ours!

It is like when a newscast is taking place covering the crucifixion and suddenly the screen freezes on all channels and all you can see is the head of Christ hanging on his chest, blood covering his body and every channel you switch to is the same. THE SON OF GOD CRUCIFIED! Oh we are without hope, because of sin, yet the death of Christ was worse than all sin put together and piles on an unthinkable condemnation upon us! It takes away the breath of life and darkens the sun of hope from all creation!

Christ could condemn us but instead it says it is, “He who died, yes, rather who was raised, who is at the right hand of God, who also intercedes for us.” (Romans 8:31NASB). He who is the perfect Judge is the perfect Savior!

For one question, four wonderful answers!

It is Christ that died. He was crucified  for you and I. Christ could condemn us for our many sins before and after we became Christians, yet he does not. Why, oh, why when he should! But he does not. This does not mean he pleads our innocence before the Father, but his work on the cross. He testifies to his blood that poured out after gulping in the cup filled with the liquid wrath of God that was rightfully ours to experience.

It is Christ that is Resurrected. He could have condemned me to death and hell. Instead he generously sends us to heaven. He gives us not only “newness of life” (Romans 6:3) but eternal life! Christ says, “Because I live you shall live also!” He gives us newness of life, the new birth! His power has raised our dead spirit. He fuels our hope, and ignites his holiness in our hearts.

It is Christ that is Enthroned.  Christ is King of kings and Lord of lords.” (1 Tim 6:15; Rev 19:16).  Instead of condemning us He has conquered us by his Sovereign matchless grace.  Jesus is King, all other would be rivals are exposed as frauds, and that there can be no other King other than Christ. Those things that would have dragged our souls down as abject slaves the Lord Jesus Christ has defeated! He takes the authority away from all the powers of sin, demonic forces, and death (Heb. 2:14-15).

It is Christ who Intercedes.  He could have condemned us by not praying for us. Yet scripture says, “From my birth he has made mention of my name.” (Isa 49:1).  We could never go to God on our own. We must have a mediator.  The second person of the Triune God became flesh in his incarnation, becoming one of us and at the same time not  like us. He is the God-man. He can sympathize with our weakness without giving into weakness. Oh what joy and hope is this: that the Son of God whose prayers never go unanswered has already prayed, keeps praying and prays again for his saints.  He is the one who stands between us and God. He is the perfect mediator.

Be encouraged Christian! Christ does not condemn those he has already chosen, called and saved. He seals them up in his heart! None shall be stolen, their foot shall not slide, he will bring you home to present you, “holy and unblameable and unreproveable in his sight.” (Col 1:22).